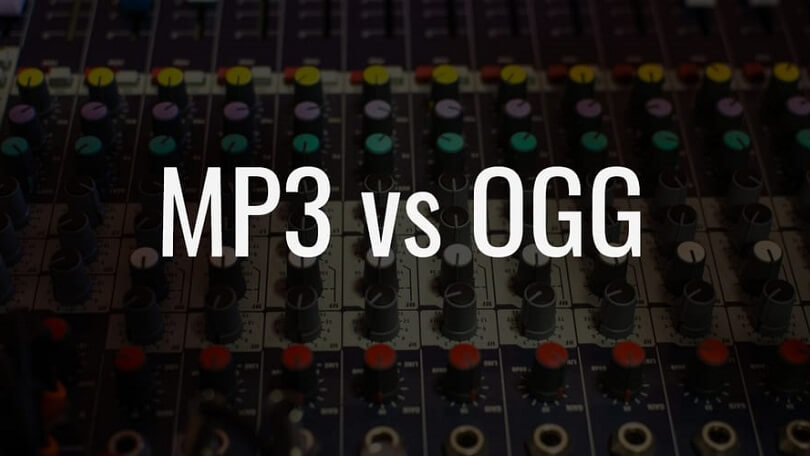 There are various types of files. They include video, audio, document, image, among other files. The files have formats that help to store them. For instance, audio files are usually stored in various formats like OGG, WAV, MPP3, and AIFF, among other formats. You need to know all these types of formats so that when it’s time to change one format to another, you are in a better position to execute the process efficiently.

OGG and MP3 are lossy audio formats since they incorporate the lousy technique. This technique filters the ranges that the human ear cannot hear. They are, however, different from each other. Here are the distinguishing factors between these two audio formats.

The only way to distinguish the two formats is by checking the extension of the file name. You can compress and use an audio format like that to copy, store and download files. The most favorable compressed audio formats are OGG (.ogg) and MP3 (.mp3). They are known as compression audio formats.

MP3 is an abbreviation for MPEG-1 audio layer 3. It is a genius hack that allows you to compress your file but still maintain that exact sound quality that is larger than the MPC WAV formats. This format was created by FraunhoferGesellschaft as well as Thompson Multimedia in the 80s. It was designed to make downloading and storing files over the internet easy. This is the main reason why this format became famous compared to its counterparts.

You can easily store many MP3 songs in a single CD player. It became so popular that it paved the way for the invention of MP3 players. It, however, caused havoc in the music industry because copyrighted music was easily attained and also shared electronically. Its size is small, so you can easily send it through email and be shared. You can also embed it on a website and make it downloadable. A 50MB WAV can be compressed to a 3-5MB MP3 without compromising on the quality.

On the other hand, OGG is a type of compressed audio format that is not as popular as MP3. But it gives you way smaller files than MP3. It is, however, not patent like its counterparts as it is open-source as well as open to all. It is also different in terms of bit rate, which depends on the need. For example, five minutes of silence can have a very small size file or even no size at all. And the main distinguishing feature between the two formats. MP3 will compress files at a constant bit rate. This means that even when the track is silent, there would still be significant file size.

What is OGG Format?

OGG is a type of audio format that was designed by the Xiph.Org foundation. Its name OGG was coined from the word ogging, derived from the game Netrek. The word means to take something forcefully without considering any future repercussions, which here are resources.

Since OGG is a lossy compression audio format, you will expect some data to get lost from the original file. This audio format is able to support 2-256 channels, and they are quite smaller in size. It gives you an opportunity to share your files easily through channels that have a certain sharing limit. The bit rate will vary in OGG Vorbis depending on the requirement at hand.

Its encoding speed is a whopping 192kbps. This type of format is free across the board. This means it is free to everyone; you will not incur any cost. It has a container, Theora, Opus, Speex, Vorbis, among others. It has awesome sound quality when you compare it with MP3. Some of its extensions include .ogg, .oga, .ogv, .ogx, .opus among others.

This format began as a simple audio format. It was only meant to code and decode multimedia content. It was then free of charge so that anyone could use it.

What is MP3 Format?

MP3 format is an abbreviation for MPEG-1 layer 3. It was a successor of older models of MPEG-1 and was the third version of it. The format is used to decode digital audio. The format was designed by Thompson Multimedia and Fraunhofer-Gesellschaft.

It’s a lossy format; therefore, some data can get lost from the original. The data that is lost during filtering is usually that which the human ear can’t hear. It can support two discrete channels and can support joint stereos. The compressed file of MP3 is larger than that of OGG, meaning that it’s quite hard to share such files. The bit rate is fixed or constant and therefore does not depend on the file at hand.

Difference between OGG and MP3

The two formats have their advantages and disadvantages. But MP3 is highly recommended over OGG format. It is way more popular than the OGG format in audio players. OGG format is preferred by the game industry.