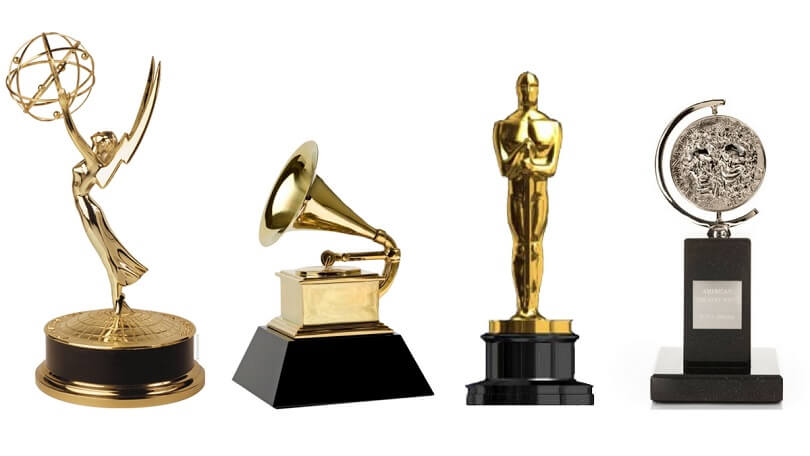 There are different ways of appreciating and recognizing people within the film industry. These awards are usually given to individuals who have managed to showcase extraordinary cinematic skills in different films. A film has many parts, including costume designing, special effects, and acting together with other 24 categories. The Oscar awards are presented by the Academy of Motion Pictures and the Sciences.

The difference that exists between Oscar and Emmy is the fact that Oscars are usually given on an annual basis for superiority within the film industries. Emmy, on the other hand, features wards given for reasonable performance within the television industry throughout the year. The main similarity is that both awards are given for outstanding performance in both television and cinema.

Oscars refers to an Academy Award given for exceptional performance in the film industry. It features at least 24 different technical and artistic categories. Even though it covers a more significant part of the Hollywood industry, it still features the appreciation of the best work within the film industry across the globe. The award is usually awarded by the Academy of motion picture arts and science, also known as APMAS. Oscar award is the oldest award that is considered to be very valuable. The first Oscar award was broadcasted in 1930.

Emmy awards are considered as one of the most significant awards in the globe. They are usually presented to people who stand out within the television industry. The awards also feature different categories, like the academic awards for films.

Oscar is well known as a popular Academy Awards that is considered to be a prestigious and notable award within the entertainment industry. The award is overseen by the Academy of Motion Pictures Arts and Science. It is generally awarded to outstanding performance within the American and also international film industry in the USA. The first Oscar award was given out on 16th May 1929 at Hollywood Roosevelt Hotel in Los Angeles, and it was hosted by the famous Douglas.

This academy award was the only Academy Award not broadcasted on both television and radio. 7th heaven and sunrise were declared the gold plated statuette, meaning they received a trophy known as the Oscar.

The award’s trophy was designed by Cedric Gibbons and sculpted by George Stanley. The award features 24 categories in total under which the winners are chosen. A good example includes:

The candidates are nominated and voted for by the members of the Academy of motion picture arts and science. The academy has several branches, with each award featuring different nominees within different categories. The writers of film production are members that are nominated by writers. Just like, actors nominate the actors, an individual in the sound production designates an individual within the sound production team.

An Emmy award is also known as the Emmy. It is an award that is given for distinction within the television industry and was awarded for the first time in 1949 on the 25th day of January. It is considered a major entertainment award in the United States.

Emmy awards history provides essential details on the word Emmy, which is an award that originated from the French slang “Immi.”The Emmy statue represents a winged woman that holds an atom. The Image Corticon symbolizes a camera tube used in a Television camera. The award, on the other hand, was designed by Lois Mcmanus. Lois Mcmanus made his wife the model that is used in representing Emmy awards to date. The statue’s wings are a representation of the global news, while the atom represents electrons that are studied in different science chapters.

Difference between Oscar and Emmy

Academy Awards were named Oscars and are mainly given for the artistic and also specialized merits within the film industry. It is usually given on an annual basis for the excellence in cinematic achievements whereby Emmy awards are given throughout the year with the awards including nominees for television, music, and theatre industry.

The winners are normally awarded a gold-plated statue that is known as the Oscar Awards. Both Oscars and Emmy, there is a representation of a gold-winged woman holding an atom in her hands.

2021 saw the 93rd Oscar awards taking place, with the best actor awards going to Tony Hopkins for his perfect role in “The father” movie. The Emmy awards winners included but were not limited to Apple TVs Ted Lasso at the 73rd Emmy award.