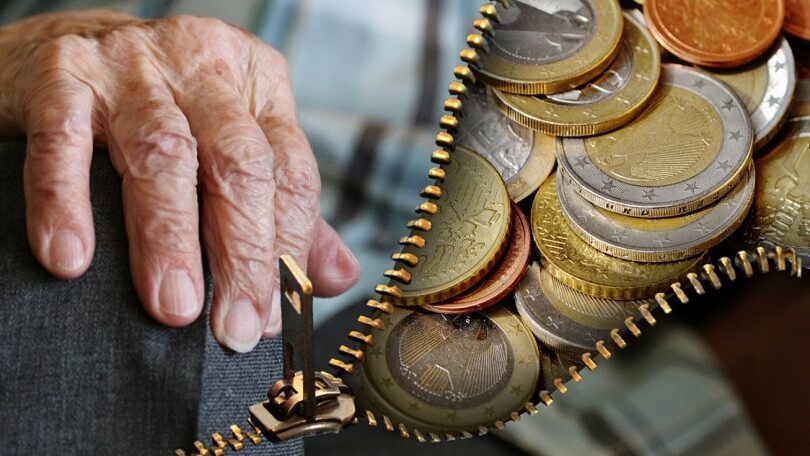 Money is very vital in everyday life. Different nations have their own currencies, which are split into groups and placed in a logical order on a global scale. When individuals work for someone else, they earn money that they may use to purchase commodities, clothing, and other necessities. This is referred to as a salary or wage. However, after reaching a particular age, a person is no longer employed or in an office.

In the case of a retired employee, pension and gratuity are monies that are paid to them after they leave their position. Both of these numbers are very different since Pension is paid out monthly to a person who has retired from their position, and the amount paid out is little, whilst Gratuity is a one-time payment made to an employee after they have worked for the company for five or more years.

Pensions are mostly offered to government employees or to those who used to work for a government-owned corporation or agency in some capacity. This pension plan is intended for workers who have reached the age of retirement after a certain length of time. The amount that is supplied is mainly predetermined from month to month, with certain exceptions.

Gratuity is an appreciation present given to workers who have worked for their firm for more than four years and have shown loyalty to the organization. The amount of a gratuity is determined by the number of years a person has worked. Furthermore, the cash granted is delivered in one lump sum rather than from month to month. In addition to this monetary benefit, there are several other perks.

What is a Pension?

The government established a pension plan in order to increase the financial stability of its employees once they retired. In this program, a retired employee receives a specific amount of money from the government, which is paid from month to month or in installments, depending on his or her circumstances.

Pensions are only awarded to government employees who have worked for the government for a total of more than 10 years of their lives. Non-government personnel is not eligible to participate in this program. In certain locations, this system is based on an age system, in which a particular retirement age is set, and a pension is granted in accordance with that age.

People may enroll in the Pension Scheme by enrolling on one of the government’s newly developed websites. If they meet all of the requirements, they will be eligible for the Pension benefit.

The Gratuity Act, which was first implemented in 1972, provides that a lump sum of money is granted by the firm to its workers who have worked for the company for a period of four or more years. It is possible to get gratuities as a government or non-government employee under this plan.

Gratuity might also be seen by the employer as a token of gratitude for the employee’s efforts. The amount of gratuity is determined in accordance with the wage of the employee. A Gratuity system is now being employed in certain government employment instead of a Pension scheme, where a lump sum of money is supplied in lieu of an installment plan, rather than a pension scheme.

People may also designate heirs to receive their Gratuity money in the event that they pass away or are involved in an accident. When a person joins a firm, they may name their heirs by completing a nomination form.

Difference between Pension and Gratuity

Pension and gratuity are phrases that reward workers in the same way. Pensions are solely available to government personnel in this country, although gratuities are available to both government and non-government employees. Pension is a government-sponsored program in which an employee who has worked for more than ten years gets paid a certain amount of money on a month-to-month basis in exchange for their services. While under the Gratuity system, an employee receives presents or a lump sum of money, this is only available to individuals who have worked for the company for a period of four years or more.