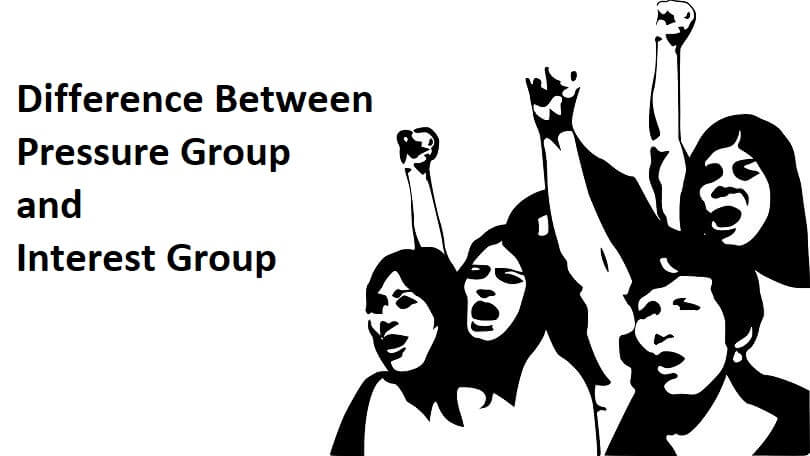 The advancement of a nation and the alteration of its ideals and policies are not possible alone via the efforts of governments. A large number of important organizations are active in the process of governance inside a nation on an indirect basis.

What is the Pressure Group?

When it comes to pressure groups, they are described as a collection of persons that band together to promote and defend a certain shared interest. The term “pressure group” was used to describe the efforts of a group to bring about changes in public policy by applying pressure to the government.

The way in which a pressure group operates is quite different from the way in which political parties operate. No effort is ever made to gain political power or to run for office in political elections. The interest of a pressure organization is nothing more than the promotion and protection of its members’ welfare via influencing the government.

Electioneering, lobbying, and propagandizing are some of the strategies often used by pressure groups to achieve their objectives. The term “pressure group” originated in the United States.

A pressure organization may serve as a vital connection between a government and the general people in a number of ways. Governments are more responsive to the interests of the people when they are under pressure from pressure groups, which is particularly true during the time between elections. Pressure groups are interest organizations that strive to safeguard their members’ interests by exerting influence over the formation and implementation of public policies in a variety of settings.

The effects of a pressure group are mainly indirect and not evident from the outside, but they are critical when it comes to the administration system. The following are some of the areas where pressure organizations may exert influence.

The following are important pressure organizations in India:

What is an Interest Group?

The term “interest group” refers to any and all types of non-profit groups that work to promote and produce benefits for their cause in the public arena. Interest groups are many organizations that exist in every nation and may be classified as such.

Using lobbying to influence legislation and get the attention of policymakers is the most popular tactic employed by interest groups to achieve their objectives. Some of the most well-known types of interest groups are mentioned in the following section.

To assure the general welfare of the population, political parties and the administrations founded by them alone were unable to concentrate on all of the important issues in their respective countries or states. Interest groups and pressure organizations may be quite useful in this situation.

Their actions may draw the attention of the government and officials to a shared problem and encourage them to seek solutions, including the implementation of new policies or laws. A welfare state may be secured if all of these groups are sincerely committed to the welfare of the nation and to the preservation of its cultural variety and richness.