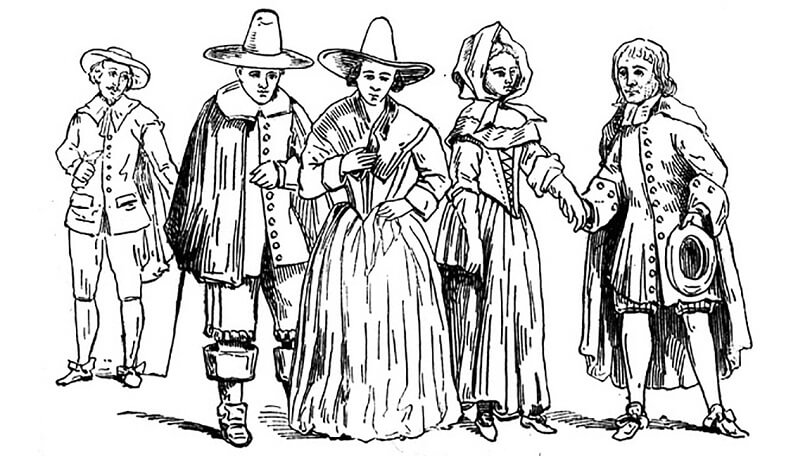 Puritans and Quakers are two religious groups that believe in pacifism. Puritans were a Protestant group that originated from England. They were followers of John Calvin and thought that the Bible was the only source of divine truth. Quakers are a Christian sect that originated from England during the 1600s. They believed in direct communication with God, called “the Inner Light” or “the Holy Spirit”.

The Puritans were a Calvinist group of Protestants who wished to purify the Church of England. They were most active in New England. The Quakers were an evangelical Christian sect that sought to reform the Anglican Church by converting others to their faith. They believed that all people had access to God’s grace and that no priest or minister was necessary for this process.

The Puritans were a group of Protestants who wanted to purify the Church of England from all Roman Catholic influences. They believed that the Bible was the only source of religious truth, and they sought to live a godly life by following Biblical teachings strictly. The Puritans wanted to reform the church because they felt it had become too worldly and corrupt.

Quakers are members of a Christian sect, formally known as “The Society of Friends”. Quakers believe that members can communicate directly with God without any need for an ordained priest or other religious figures. Quakerism is based on a belief in the Inner Light, Christ within each person, which can be accessed through silence and meditation. Quakers believe that the Holy Spirit can speak directly with a person’s soul, and this is known as the Inner Light of Christ within you.

Biblical literalism heavily influenced Puritans, which emphasized preaching and Bible study over all other religious practices. Puritans also had a strong sense of civic duty, and they believed that all people should be involved in public life.

Quakers were a group of people who formed their religious denomination. They existed from the 17th century to the present day. Quakers believe that God is found in everyone and that all people are equal. They were part of the Protestant Reformation. The Quakers were initially called “The Friends of Truth” because they had a belief that they could experience God’s truth within themselves.

Quakerism is an evangelical Christian religion, which means it is based on the Bible and seeks to spread Christianity to others. It differs from other Christian groups by being non-creedal, meaning there are no formal statements or articles of faith that all Quakers must believe to be considered Quaker. They were initially known as the Society of Friends, and they were called Quakers because they ‘quaked’ when they felt the presence of God.

Quakers believe in the ‘Inner Light’, a form of divine light that can be felt by all people, and that this Inner Light is what guides us. They also believe that there is an individual spark of God in every person and should love our neighbors as ourselves. Quakers were initially known as the Society of Friends, and they were called Quakers because they ‘quaked’ when they felt the presence of God.

Difference Between Puritans and Quakers

Puritans and Quakers are often thought of as “opposition groups.” This is because they have such substantial differences in theology. However, there were fundamental similarities between them. Both Puritanism and Quakerism existed at the same time in England during the 17th century. Although these two groups did not share many beliefs (for example, sectarians), their history illustrates that significant changes can occur within a group over time due to social and political contexts.