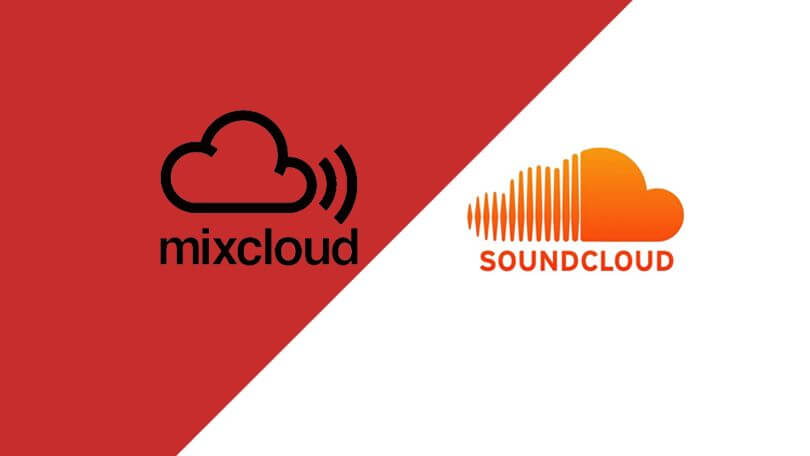 Soundcloud and Mixcloud are exceptional tools that musicians and producers use to distribute their music. They outlay unique sounds you can add to your content, plus increasing awareness for your sound. Most people confuse these two distribution platforms. Soundcloud is popular now because it was incorporated at the right time when the Myspace App was on its deathbed.

Mixcloud, on the other hand, was formed just right after Soundcloud was formed. It’s also gaining more popularity, but it’s not as popular as Soundcloud. They both work exceptionally well depending on the factors you wish to achieve. So, how different are these two distributing platforms? Read on to find out.

On the other hand, SoundCloud users are artists who want to release songs for masses of people to listen to it and rate them. MixCloud is more of a sharing platform for DJs who want to share pop music.

This is an audio distributing platform that was formed in 2007, offering musicians a place to share their music outside Myspace. It quickly became an appealing option with unique features that made Myspace disinteresting. In 2012, it already had garnered at least 15 million users. The platform allows its users to add mashups, albums, playlists, and tracks to their profiles.

There aren’t any copyright restrictions. If you are on a free version of SoundCloud, then you are only allowed three hours to import materials. Its also user-friendly, and thus you are able to download tracks easily. The free version will enable users to download up to the 100th track, whereas professionals can access 1000 tracks.

It’s the best choice to acquire audience engagements and create interest in your music. It also has better audio sound quality; however, the platform did not consider piracy profitable and label issues. But after a while, they incorporated algorithms that removed copied tracks.

Free users listen to tracks on SoundCloud at a rate of 64KBS over opus audio. The opus audio systems work the same as MP3s. If you opt for the premium version, you get other additional features on top of the free versions. You will be able to download tracks and mixes with music encoded at 256KBS AAC.

They have a mobile app that would enable a quality streaming experience, but the quality will depend on the type of device you are using. It offers an opportunity to discover a new artist. This is not a place to be for those wanting to manage their account because the interface is usually messy.

MixCloud was launched in 2008, just after the release of SoundCloud. In 2012, the platform had garnered 3million users. In a nutshell, MixCloud works to be somewhat like YouTube but of radio. It helps DJs and producers to share their content with a wider audience. Monetizing your content in MixCloud is quite easy. It pretty much ensures that everyone contributing content to the platform is paid accordingly.

There are now 12 visitors of MixCloud as of 2019, and a majority of them come from the US. One thing about this platform is that it’s an excellent platform to reach listeners to your targeted audience. It is also user-friendly and has fewer issues when it comes to piracy. The platform is also ideal for longer podcasts, radio shows, and DJ mixes.

The platform, however, isn’t as sleek as that of SoundCloud. Plus, you will need a minute to get used to the platform while navigating content. It also has copyright issues but not as much ad SoundCloud.Building an audience on this platform is quite hard. It also does not have a direct messaging app, so it is quite hard to connect with fans, or other artists can’t reach you while collaborating with you.

There are various competitions on the platform, which is an excellent way to help generate interest in your music. But such competition usually has thousands of entries, so the probability of winning is relatively low. Additionally, it allows you to download music in various formats like OGG and AAC.

Difference Between SoundCloud and MixCloud

These two platforms are online streaming and sharing services. They target different audiences. SoundCloud allows the artist to upload their original content, whereas MixCloud is for DJs and Radio Presenters. SoundCloud was created at the right time when Myspace App was becoming disinteresting. It is more so this reason why this platform is more popular.

Mixcloud is becoming a competition for SoundCloud as more and more users are finding their way to the platform. They are both excellent options but choosing one over the other will really depend on your requirements at hand. If you are an artist trying to showcase your music, SoundCloud will suffice, but if you are DJ or a radio presenter, showcasing your content in MixCloud would be better.