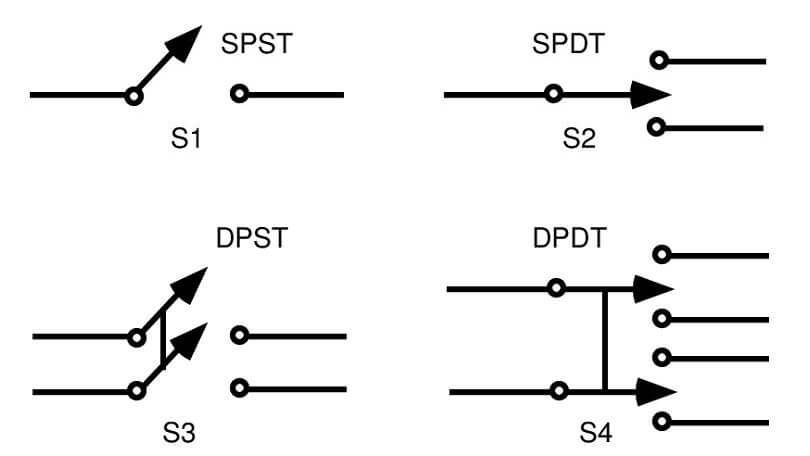 Electricity has a vital role. It is used to power almost everything within industries and homes. Electricity has also led to fancy devices and appliances that make life simpler. Invested by Micheal Faraday in the 18th century, electrical science has evolved with lots of elements used in creating electrical circuits having come up. These include electrical circuits such as resistors, indicators, transistors, diodes, inductors, and conducting wires made out of copper or aluminum.

Electricity also exists in different types, including Direct Current and Alternating Current, which need different setups to use. The importance of electricity is unrivaled and undeniably very important. Owing to this, it’s vital to understand better how it works in applying different appliances.

The other vital elements within an electrical system are the switches. There are different types of switches, including pushbutton, temperature, pressure, selector, and joystick speed switches. When it comes to the connections, there are only two main types: the single pole double throws (SPDT) and the Double Pole Double Throw (DPDT).

The difference between SPDT and DPDT is that SPDT features a single input that connects to two outputs. DPDT, on the other hand, features two SPDT that are integrated together, making it possible for SPDT to control the two circuits together at once. This means that DPDT has the ability to serve two different appliances at ago, something that is not possible with SPDT.

SPDT refers to Single Pole Double Throw. The Pole represents the number of circuits controlled by the switch, while the Throw signifies the position of the actuator. SPDT features two positions, meaning that only a single load will be energized in an ON-ON position. There is also the ON-OFF-ON position. An SPDT also features three power terminals, ground terminals, and accessories.

SPDT is a popular switch that forms the basis of other switches like the DPDT, quad DPT, and 3PDT, among others. A simple meaning to SPDT is when a lamp and LED are connected by an SPDT. Once the lamp is switched on, then the LED will be off, and when the LED is switched on, then the lamp automatically goes off. The application of SPDT will vary from a Standby and Ready mode in a printer to a simple ordinary switch or switches for kitchen appliances.

SPDT features a single circuit that is connected to two appliances in a parallel connection to each other. Therefore when one is switched on, the other automatically goes off. These SPDT switches also feature fewer disadvantages compared to their counterparts because they can easily control two different appliances at ago.

DPDT stands for Double Pole Double Throw. The pole refers to the same number of circuits, while they throw refers to the position of actuators. DPDT features six terminals that can easily connect to various appliances that can be controlled at ago. It also features a two-input system with four outputs terminals. The DPDT is, therefore, two SPDT that have been combined. Supposing, there are two circuits, A and B, which have been connected to each other in parallel, and some appliances have also been connected in parallel, like an LED and lamp in a parallel connection. In contrast, a speaker and buzzer have been connected parallel but are within a series of each other. Therefore when a switch in one way is switched on, then the LED and Lamp will remain on while the buzzer and speaker remain off.

The outstanding merit of DPDT is that it provides an opportunity for an individual to operate more than one appliance simultaneously, therefore, cutting down on circuit costs. However, making or rebuilding such a circuit system is never easy.

Difference Between SPDT and DPDT

Both the SPDT and DPDT have vital importance in any electrical supply system. The DPDT switch has the ability to control two different appliances, while SPDT cannot control more than a single appliance. The SPDT also comes with six terminals, while DPDT has up to six terminals. This makes the DPDT have an advantage over the SPDT.

Nevertheless, SPDT is much easier when it comes to operations and setups. While both of these switches have different characteristics, they are both vital components within an electrical system. It’s therefore important to go for one that best suits your electrical needs.

Remember that any issue arising from electricity can turn out to be fatal. Due to this, you have to make sure you go for the best switch, keeping in mind that both the SPDT and DPDT have their own advantage and disadvantage. Having understood the differences that exist between these two switches, it’s now possible to make an informed decision on which one to settle for.