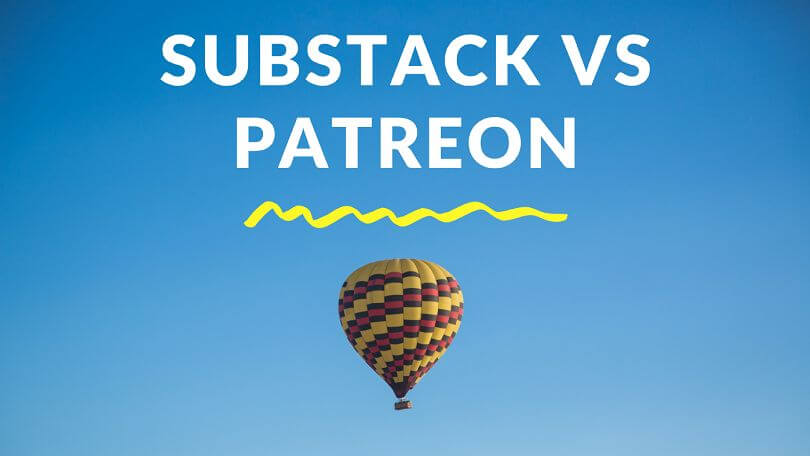 Content monetization is a real thing now as people form content that helps them earn. The platforms such as Patreon and Substack have been a great help for the content creators. It helps them put up their content on the platform and monetize. It is a great way for the writers to start the revenue generation side-by-side from their regular jobs. The writers who primarily publish their content on concerned websites can pay themselves, or the applications they are promoting or marketing in the content will pay them.

Isn’t it a great idea for budding writers to start earning their quality content? These platforms offer multiple methods for monetizing the content, such as selling it to the existing users or selling it to the visitors using 3rd party applications. Whatever option you choose will help you gain regular followers who will engage with the content. Since both the platforms are similar, they are not the same as they have a lot of differences. Still confused? No worries, give this guide a read about the detailed difference. Let’s go down the lane!

Among, Pateron and Substack, if we talk about Substack, it is an online source that helps publish an author newsletter for their subscribers. Patreon is typically a platform that offers business ideas for content creators, and they work with the help of money generated through subscriptions. Both the platforms have different pricing. For example, the charges by Substack are 10% of the revenue generated. At the same time, Patreon works with a tiered structure, and its charges differ as per the plan of the user.

Substack is a platform for authors and makers that was launched in 2017. It was primarily intended for authors. It concentrates on content creation and publication. It began to serve tiny audiences quickly attracted large corporations such as CNN, Vox, and others. In addition to processing costs, it takes a 10% cut of the income received by the producers. Although the fees are hefty, it offers a number of advantages, such as a user-friendly interface and a straightforward interface.

Jack Conte founded Patreon back in 2013. It was able to attract private investors and venture capital within the first several months. It is intended for creators such as YouTubers, painters, and singers. It’s a subscription-based platform, so you’ll have to pass on the signup procedure. Also available are Hosted Created sites, ad-free content, and more. It allows artists to choose a price for their artistic work in exchange for bonuses and prizes from the firm.

Substack is the major marketing platform for authors to come and publish their content as independent writers. It was brought into action during 2018, and it also offers the user the option to get a paid membership. This subscription platform is specifically developed to help content writers and authors get the exposure and valuation they deserve. Also, it aims to offer multiple good sides to its users, such as drafting blog posts, receiving payments, managing the mailing lists, and starting the discussion threads.

Substack’s services are aimed primarily at publishers who want to make their material available for paid or free. It allows readers and writers to select between free and premium newsletters. Chris Best, Jairaj Sethi, and Hamish McKenzie co-founded the platform. Substack online source was created for passionate writers who want to reach a tiny audience. Apart from that, it has gotten attention from several well-known media organizations and journalists and is a hub for corporate newsletters from major corporations such as CNN, BuzzFeed, and Vox.

Substack just launched a podcasting platform for voice content makers. Its primary goal remains to target those who produce and compose newsletters. It features a very minimal design that emphasizes the importance of creating high-quality material. Editors have various tools at their disposal to make a nice and sensible post and the option to attach links, photos, videos, and other attractive features. It has a pretty simple agenda: either post the newsletter on the internet or send it to members’ email addresses and publish it.

Patreon is a subscription platform run by an American firm that gives content producers a platform. It is a subscription-based company. You must be a Patreon member to access the platform. Patreon is a crowdfunding platform for artists, authors, and creators. Furthermore, it assists them in earning monthly revenue by providing bonuses and benefits. Apart from the small costs, it typically charges a fee of 5 to 12 percent.

YouTubers, musicians, comics artists, authors, podcasters, and adult material makers, among others, use it. Video/films, podcasts, comics, games, humor, and education are some of the material types that Patreon members are divided into. Membership privileges include the ability to check how much income is made, establish an upper number, and allow patrons to cancel their payments at any time.

Difference Between Substack and Patreon

Patreon and Substack are content revenue-generation systems that reward their producers with rewards. Both are similar but differ somewhat; for example, Substack is just for authors, while Patreon is for artists, YouTubers, writers, and others. It is up to them to choose the greatest creators for them. Substack is the ideal option if you’re looking to make money by composing and publishing newsletters. Patreon is the greatest option if you want to contribute and create material in addition to writing. Substack uses a discussion thread to connect with its members. Patrons connect with their members through a feed, like Instagram and Facebook.