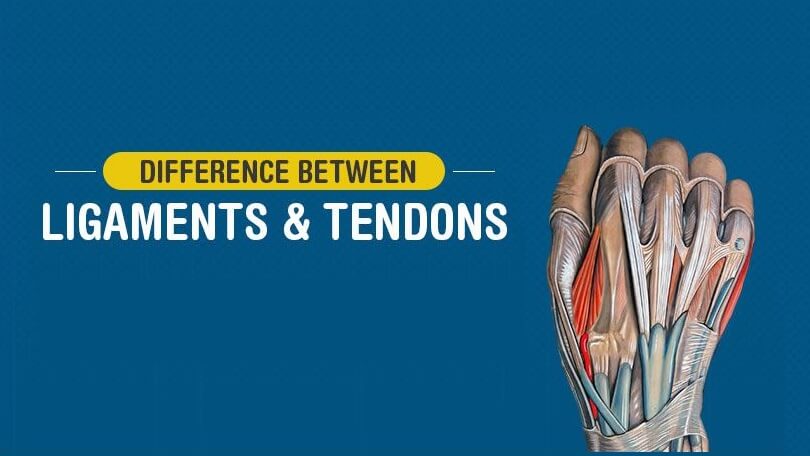 The body has a lot of different parts that work to make it function, and two of them are the tendon and the ligament. They are mostly responsible for making the small movements we make possible. They are connective tissues that help in making the body move. They are also made up of a large amount of fiber. Tendons help connect the end part of a muscle right to the bone. When an injury occurs, they take a lot of time to heal.

Would you not want to know more about them and how they can work to help you out? Basically, without the two, one can only dream of moving their body parts. They are important parts of the body, and while they may seem similar and confuse you, they are very different. Below are the things that would help you learn more about how they differ so that you get to understand more about what they are and how they work.

The main difference between the tendon and the ligament would be that the tendon is responsible for joining the bone to the skeletal system. On the other hand, ligaments are responsible terms of joining two bones together. Tendons are normally stiff and quite inelastic, while ligaments are known to be very elastic and flexible. Both of them are very important when it comes to body parts.

The form of fibers that are found in tendons are parallel bundles, and they are very compact. On the other hand, ligaments have fibers that are packed in a compact manner. Tendons do not have any classifications, whereas ligaments are classified into three types which are the fetal ligaments, the peritoneal ligaments, and the articular ligaments. Tendons are known as the white fibrous connective tissues, while ligaments are more known as the yellow fibrous connective tissues.

A tendon is a very strong tissue that can be compared to a rope and help you to move your limbs. They are also known to help in preventing muscle injury as they help in absorbing impact when you jump or when you run. On the other hand, ligaments are strongly attached straps that help in stabilizing the joints. They help to ensure that the bones would not become too far apart or get dislocated.

What is a Tendon?

A tendon is simply a connective tissue, but it is very important as it helps in connecting the muscles in the different parts of the body but mostly in the bones. They help a lot in making sure that you do not get sprained when you move around. They are known to be highly strong versus other tissues in your body. They are composed of different tissues such as tendon fibers arranged parallel to each other, providing it extra strength.

Depending on where the tendon is located, it would be named differently. For example, the largest known tendon in the body is the Achilles tendon which attaches the heel bone with the heel bone. It is very strong, and it helps a lot to help you move around. It is important for the tendon to be tough but also flexible to allow your movements and to resist forces in case you are carrying heavy loads or doing heavy movements.

What is a Ligament?

A ligament is also connective tissue, much like a tendon is, and it helps to join two bones together. It is tough and provides support to your joints as well as restricts their movements. They are present all over the body in different places such as the knees, the elbows, and more. Any damage to them can make your joints unstable and can lead to a dislocation.

When your ligament gets in an injury, the healing process can take up a lot of time which is why it is necessary to be careful and not get it injured. However, in inevitable cases, the best that you can n do is to undergo surgery or do physical therapy.

Dislocation of the bones is something that you would not want to experience, and making sure that your ligaments are in check helps to prevent it. After all, it is the ligaments that prevent that from happening as it helps in stabilizing your joints. Its main function is to hold your bone structure together and keep it as stable as possible. It is normally made of short bands of flexible but tough tissues, and this is why it is important to take care of it properly.

Difference Between Tendon and Ligament