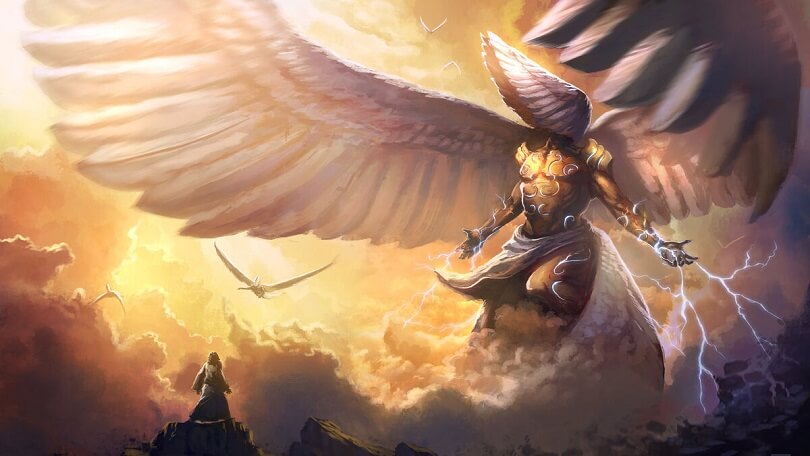 There are a lot of different angels found in the Bible, and of them are cherubim and seraphim. There are a lot of similarities between the two of them, but they have a lot of differences, such as in physical appearance, their rank, and their function. They have different purposes they need to fulfill and different positions in heaven. They are also found in different books and do not meet in the same one. Knowing about these angels is certainly interesting enough and would help you have a better grasp of its concept.

The main difference between cherubim and seraphim would be that a cherubim has four wings while a seraphim is said to have six wings. The main function of a cherubim is to help God, but a seraphim is made to praise God. There are many different times when the Bible mentions cherubim, but there is only one time when a seraphim has been mentioned.

Cherubim are known as angels that are the helper of God and first appear as guards in the garden of Edan. They are in some books of the Bible, and they are said to have four faces of different animals, and that they use their wings to cover their body. They are quite different from how an average person would normally think an angel is, but they are certainly one.

On the other side, a seraphim is only seen in the Bible once in the 6th chapter of the book Isaiah. They are also described as serpents, and they have spiritual power as much as they are also devoted to praising God. They spend all of their nights and days praising God. They are said to have six wings and have the highest ranks among all angels. They sit on the throne and follow the will of God.

What is a Cherubim?

Cherubims are unearthly beings known to attend to God, and they are depicted to have different roles depending on where they are mentioned. In the Bible, they are said to be celestial winged beings with animal, birdlike and human characteristics. If you are wondering what cherubim are, it is also known as cherubs, and they are angels found in many different books of the Bible. They are mentioned in the book of Revelations, Kings, Ezekiel, and Genesis. They are known to have the second-highest rank among all angels. In terms of physical appearance, it is said they have four faces and four wings. Their four faces are not human faces but instead of animals which are: eagle, man, lion, and ox. Their entire body is covered by their wings, and they are known to move in a very fast manner.

Cherubim is known as the helper of God, and they serve His will. Their job is to perform duties on the Earth depending on what God tells them to do. In the Book of Genesis, their main role was to guard the Garden of Eden. Their main objective is to sit on the throne and be able to attend to God.

What is a Seraphim?

Like Cherubims, seraphim are also angels. The word seraphim directly translate to “burning ones, flying serpents,” and just like their name would imply, they are also fiery angels. They represent serpents, and they look similar to them. They are of the highest rank in the hierarchy of angels. They are only mentioned once in the Bible, which is in the 6th chapter of the book of Isaiah. However, they are known to praise God, to have utter devotion and eternal love for God as well as his principles.

In the book of Isaiah, they are said to come up as the agents of purification for Isaiah. They may look like humans, but they represented the Holy Spirit at that time. In terms of physical appearance, they are said to have six wings, where one pair is the one they used to fly while the other two would cover their feet and their face. No one knows how many seraphim there are, but they sing praises to God so loud that it shakes the core of the place. They sit on thrones and offer themselves to worshipping God.

Difference between a Cherubim and Seraphim

Cherubim and Seraphim are certainly mysterious creatures found in the Bible, and while you may pass it off that they are the same, they are not. From their different purposes, different appearance, and other things, the two are very different and has different task assignment in heaven as seraphim worship God while Cherubims follow jobs given by God.