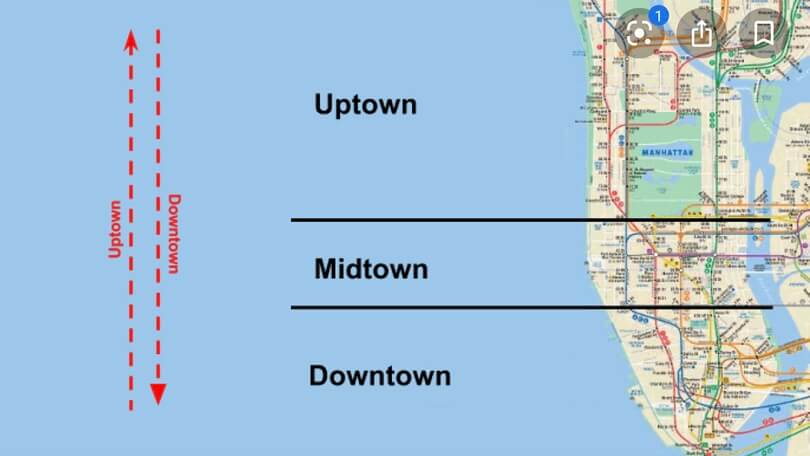 Uptown and downtown are two of the most common words that are often used to describe the regions of a city. These words are mostly used in America as they are of American origin and are not common in British English. They are words that have first been used in New York and have been used in other places. They refer to the different parts of a city and are used in America. Although it seems like they are just simple words, they mean a lot for the people living in them. This is why you need to learn more about them and how they differ from one another.

The main difference between downtown and uptown would be that downtown is located in the south of the city, while uptown would refer to the northern part. They are also different as downtowns are the places in the city that would be referred to as the commercial hub and are filled with businesses. On the other hand, the uptown part of the city is where the residential places are, filled with huge areas and empty spaces. Normally downtown is the place that is filled with noise and is always busy, while in contrast, uptown is where quiet and peace can be found.

The name ‘downtown’ refers to Manhattan, which was at the southern end of New York City. In time, the place became a center of business and commercial settlements. Later on, the term stuck and became a way to refer to the business area of a city. Once more time has passed, it was also used to refer to directions as downtown meant south of the city.

On the other hand, Uptown refers to the residential part of the city, most specifically the suburbs. It is a place that is usually filled with quiet and is peaceful. It is mostly an empty piece of land that is best for people who want to live on their own or build big houses. It is a place people go to build their own families away from the buzz and noise of the cities. The word was also later on used to refer to the north of the city, referring to the northern direction.

The word downtown is known to describe or refer to the place in the city that is filled with commercial businesses and settlements. It is a place where everything is busy, and there are a lot of different kinds of business. People move to this place when they are looking for a job or when they want to move to a place with a lot of fun places to go.

One of the first times that the word downtown was used was when referring to Manhattan. Manhattan is in the southernmost end of New York, and sometime later, it was known to be downtown. At some point, the word downtown has been used in a lot of other places, and thus, its meaning also changed. At some places, downtown is used to direct a person to the southern direction from where he was. At some other towns, it was used to a place that is downward of the city. Different places used the word downtown to match what they wanted it to be, so thus, there were different meanings for it.

The word uptown is used to refer to the residential area of a city and is also known as the suburbs. It is a place with a lot of big spaces and lands to build big houses. after Manhattan was referred to as downtown and was filled with people, some moved to the northern side of NYC, and thus it was called uptown.

It is a place where people move to settle down. As there was too little space to live in downtown, people found a place that was big enough to build their dream houses, and they found uptown. As time passed by, the word uptown came up with different meanings as well. For some people, it is known as the north of the place where they are at. For some people, upward also meant uptown. It is a place that is known to have quiet and peace. It is normally slow and has a small population. Though the word uptown is not as commonly used as downtown, some of the known uptown places are Seattle, Chicago, Hartford, and Charlotte.

Difference Between Downtown and Uptown

Uptown and downtown are two different words referring to opposite parts of a place, and along the way, it came with a lot of different meanings attached to it. New York is the origin of the words, and they are mostly used in America and are not in the British English vocabulary words.