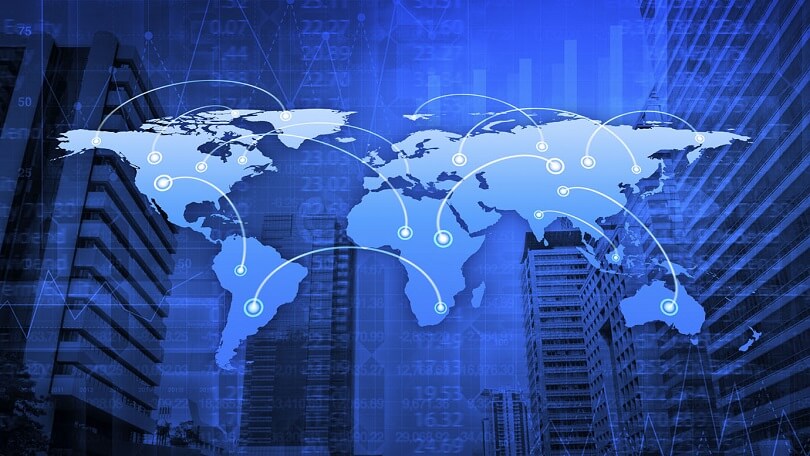 Countries have defining geographical boundaries with distinguishing languages, people, and cultures. The countries are politically organized but interact with each other during trade and other activities. These activities can either be international or global level.

With the invention of the internet, the world has become a global village. This has led to the globalization of the modern world. When relating worldwide, most people come across these two words that are somewhat similar but very different from each other.

Global usually refers to the whole world and not just a couple of regions. Global is often used as synonyms to worldwide or universal. It can also mean unlimited, general, unbounded, and comprehensive over the years, the world economic activities have risen to global status. This means that the economic interaction of various states increases material wealth by completion and specialization.

When such countries reach the global market, it means there can freely trade, migrate and incorporate technologies. There is also political, socio-cultural, and military interaction as well as sharing among nations. Therefore global is the integration of various nations to become a single unit.

When a company breaks out to global status, it means that it has various branches in various countries. They are able to distribute their products worldwide. These firms have investments in the states where these products are sold. This is not only for trade and economies but also when it comes to environmental concerns.

International means two or more nations. It’s another synonym for foreign or foreigner. It is two or more countries interacting when it comes to national boundaries. The interactions only affect the parties involved. Companies from these countries can import and export the other parties’ products. They do not have investments in each other’s countries.

The word global means the whole world. It originated from the word globe, which also means earth. Its use and implication have been on the rise as the world gets more connected. You can also mean worldwide or universal. There are instances where you’ve heard terms like global warming or global economy.

They usually mean actions that happen around the world and not just in two or more countries. When it comes to world economic order has been changed into a global village. They integrate with an institution to increase material wealth by fostering competition and specialization. In a layman language, various nations’ integration into a single unit.

When a company becomes global, its brand has set out branches in various nations. Its products are distributed worldwide. The global market increases the opportunity rate in various aspects. The global concern does not stop at trade or economies. It also involves environmental concerns. Nations come together to solve global issues like global warming as a single unit.

International, on the other hand, means between nations. Jeremy Bentham first created it. It can also mean foreign or foreigner. It is usually devised in situations where two or more countries are concerned. It’s the interaction of two or more countries when it comes to trade, economies, and environmental concerns.

When you compare the two, trade-in international issues are done on a smaller scale. When an international conflict arises, the parties involved a deal with them amicably. The integration in international trade provides fewer opportunities.

Difference Between Global and International

The global market has coined several opportunities in various fields. It has made the world a global village. These two terms are used in globalization. They are somewhat similar but very different when you look closely at their meaning and some of the features. They differ in definition, synonym, application, presence, and aspect.

Global is an adjective that refers to the whole world. They try to tackle world issues as a single unit. They can provide a large scope of opportunities. On the other hand, international is used to imply two or more countries that join in fostering a certain issue. They prove a lower scope of opportunities when you compare them with global interactions. The two or more countries involved will deal with factors that are affecting them. And if there is any conflict between them. They will try to resolve them amicably.