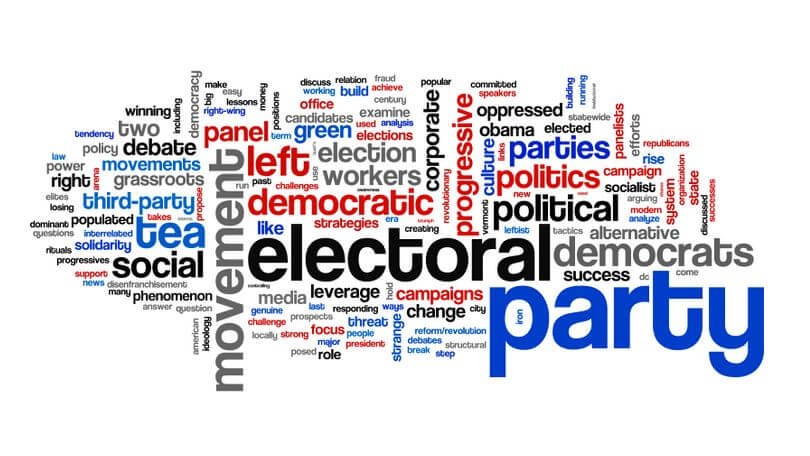 If you find yourself confusing terms that almost look similar, it is because you do not understand the meaning of either of the terms. Examples of such confusing terms are political parties and interest groups. Most people consider these terms the same and do not see a difference. The truth however is that though they may be closely related, they are not the same.

The main difference between these two groups is that Political parties are involved in the election process to win while an interest group is not at all involved in the process of elections.

What are Political Parties?

The focus of these political parties includes social welfare of the people, equity, fair payments of taxes, good and healthy foreign relations and so much more.

Political parties focus on having more than enough power to support their candidate or candidates and help them win the elections. They mainly focus on the politician’s needs before they can focus on the needs of the people.

Any individual who identifies with the party even when not registered as a voter forms that specific political party.

What is an Interest Group?

This is a group of people sharing the same opinions on some specific matters. The interest groups are not involved in the election process at all. They do not mobilize people as they do not have any candidates that they are supporting to win the elections. The interest group’s main focus is to get specific matters of concern from the people and persuade the government to act on them.

Small groups that make up the interest groups include labor unions, social groups, student unions, corporations, and businesses. Such groups are involved in matters such as the environment, minimum wages, or gun control. Since these groups are inflexible, how powerful they are depends on the people they can mobilize. Their power is also dependent on the politicians they can influence with the specific issues they want to be actioned.

There are different matters that political parties deal with which include migration, taxes, education, and healthcare. Interest groups deal with specific issues. They include:

We can conclude and say that indeed there are similarities between political parties and interest groups. However, the one thing that makes them different is their end goals. Political parties are aimed at supporting and helping an individual win an election while interest groups focus on helping the people by urging the government to act on a few of their concerns.

Without the help of the people, political parties can only do so much. People need to be mobilized to support the party’s preferred candidates. The same applies to interest groups. The matters of concern come from the people. It is the people who help the interest gain their significance depending on how fast the matters addressed are acted upon.